Here is a simple Paleo Italian Bake that we like to make on a weekly basis. I use the word paleo loosely due to the inclusion of cheese; some circles allow it, while others do not.

Personally as long as it isn’t out of a box, I’m good with it.

Raising our own animals for food is a huge source of enjoyment for me; especially the pigs. Our new mini dexters are quickly taking that spot over but the pigs will always hold a special place in my heart.

Except when they break out and head to the pond! It’s a hard thing to raise an animal from a baby with the sole purpose of killing it. I struggle with it at times, but we give them a good life and raise them the most humanely way as possible.

We sent this years pigs for processing last month since the weather was turning cold and they were getting big; except for the one in the middle. I nicknamed him Babe. 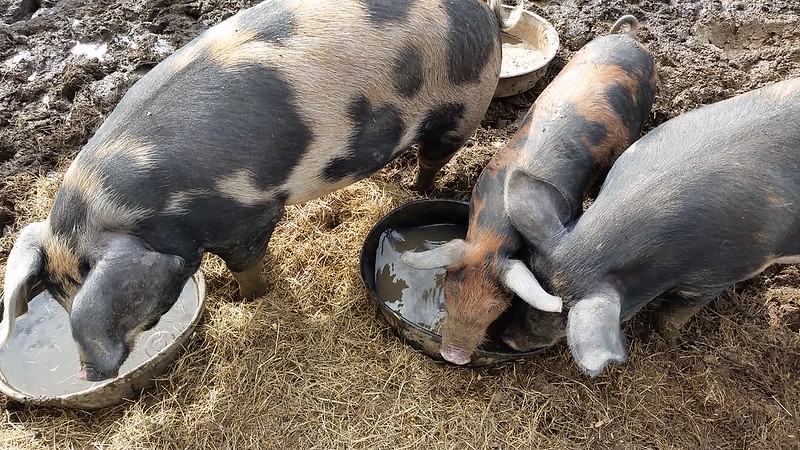 He was the runt and really didn’t grow much, everyone kept telling me to cull him; that he was a waste of feed. I couldn’t do that to him or his brothers. They came into this world together, they were going out together. So we raised him full term and sent him to the butcher along with the other two. 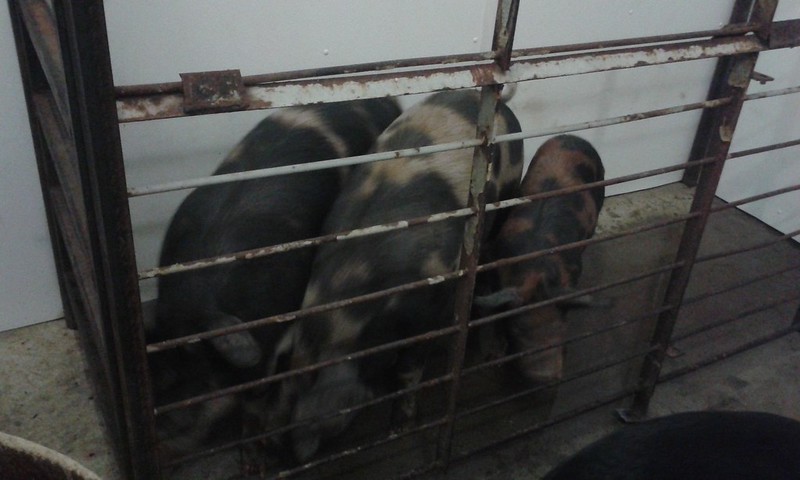 Since he was so small most of him was processed into sausage.

Which is where the Italian Bake comes in.

So we gathered some supplies. 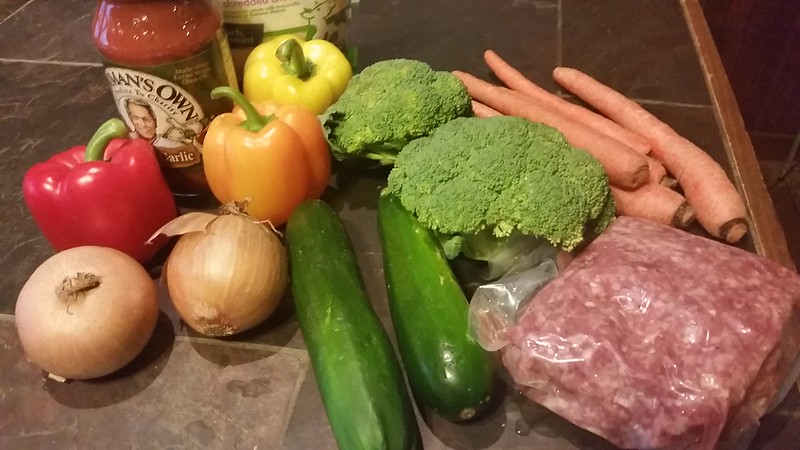 I chopped up the vegetables while the sausage was browning on the stove. 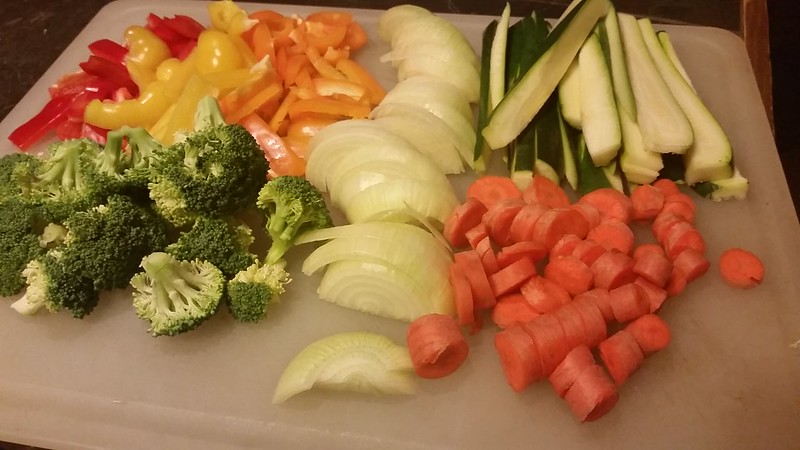 We used a new butcher this year that a friend recommended and will probably go to him exclusively from now on. I tasted the sausage when it was done and it is probably the best garlic sausage we have ever had made. 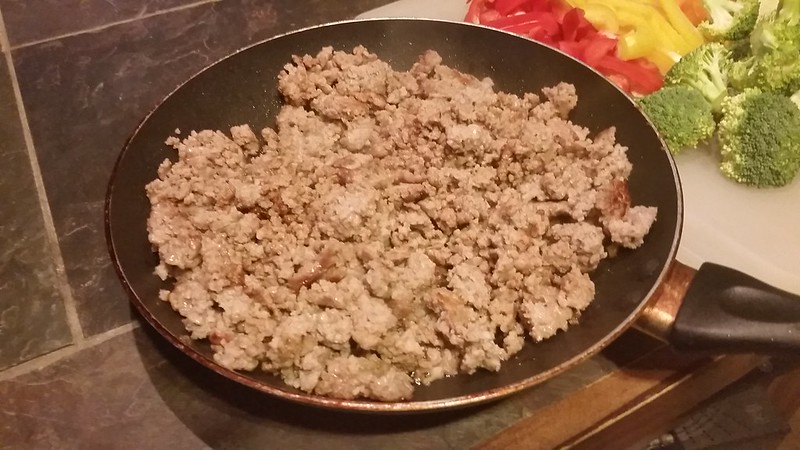 I had sliced the zucchini into long strips and laid that down as a base. 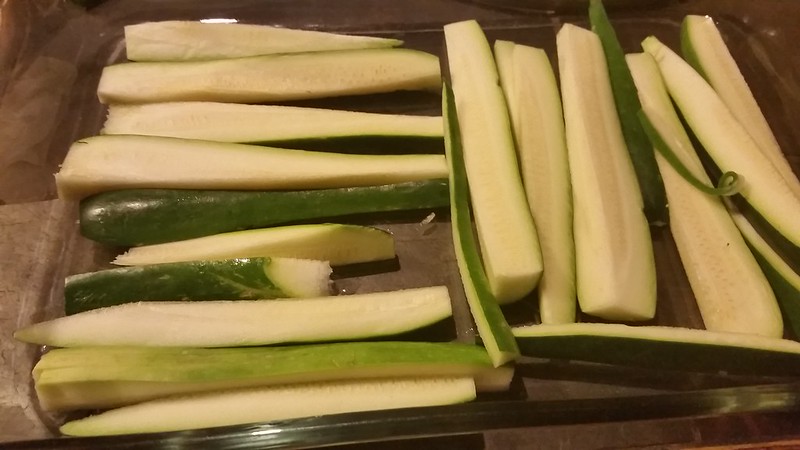 Then started layering the rest, carrots. 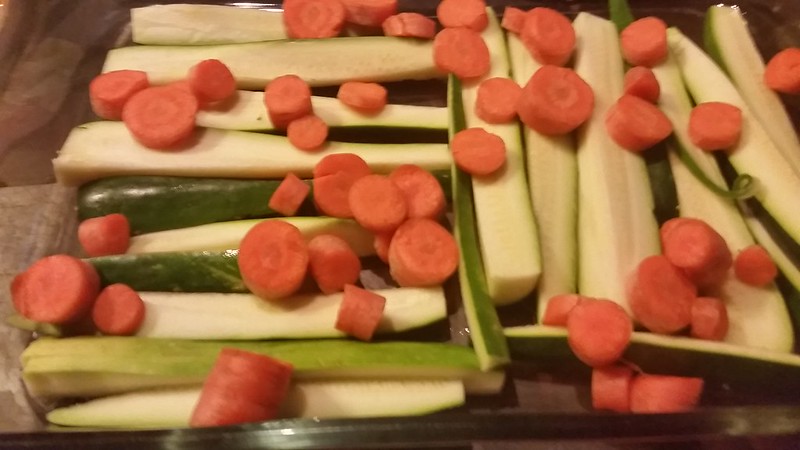 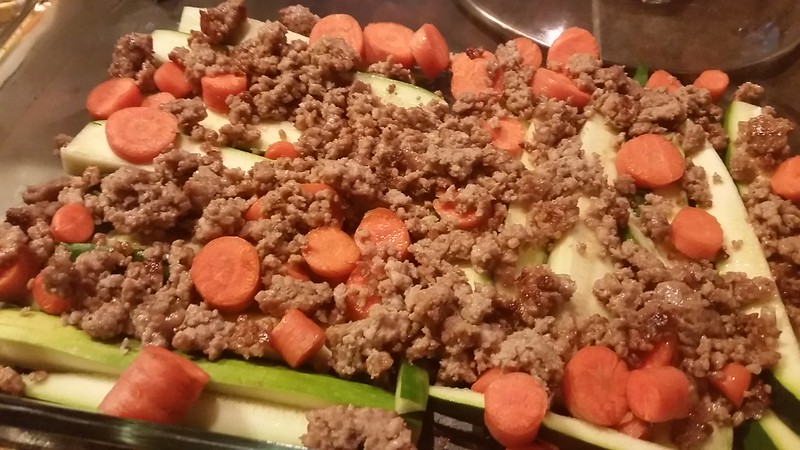 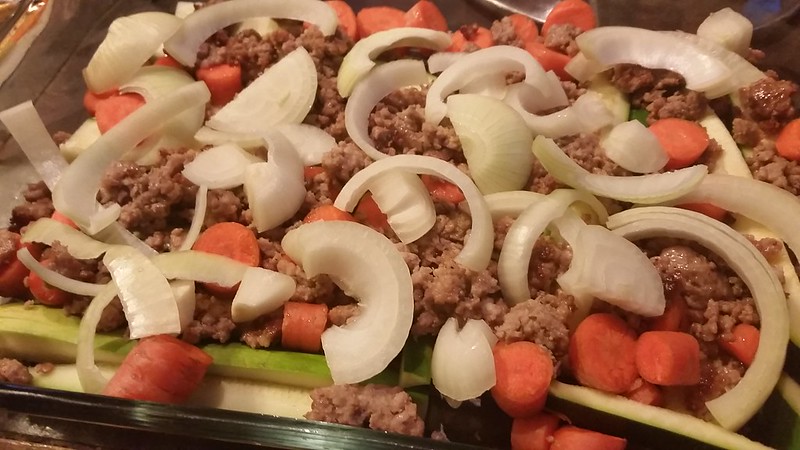 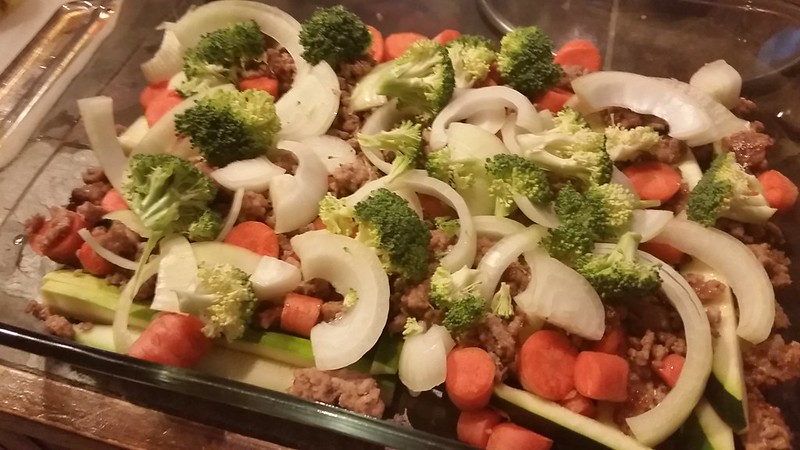 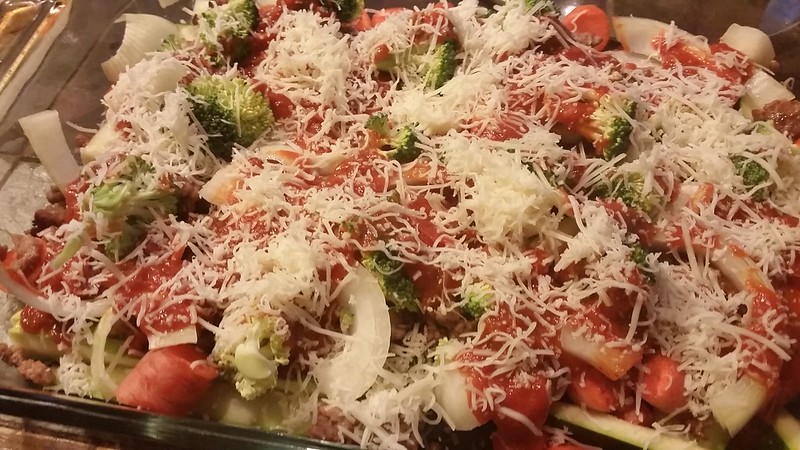 Followed up by the peppers. 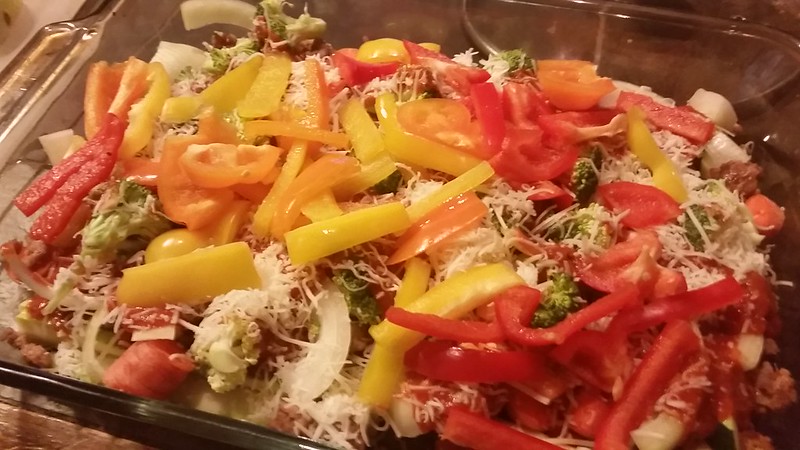 I pressed all the ingredients down so they compacted together and repeated the process. 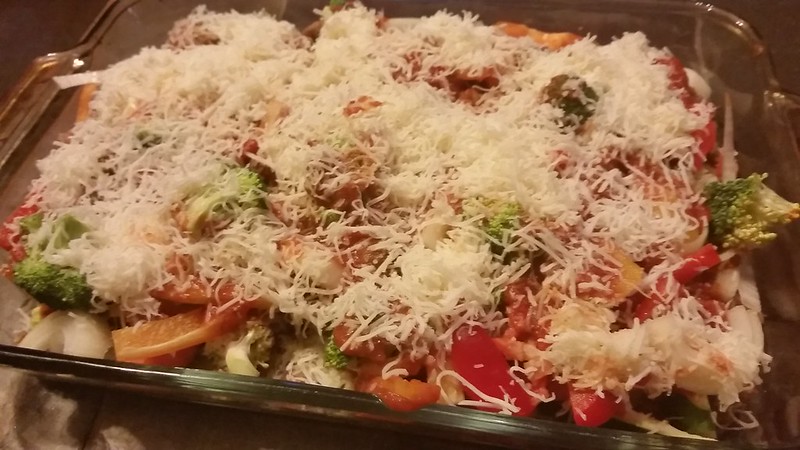 I wrapped it up with aluminum foil and set it into our bakers salute wood stove oven. If you burn wood for heat, I highly recommend getting one. 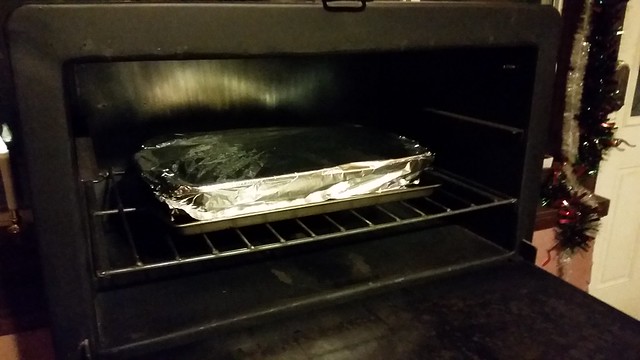 I kept the wood stove stoked to maintain 325 degrees in the oven and baked it for just under two hours. 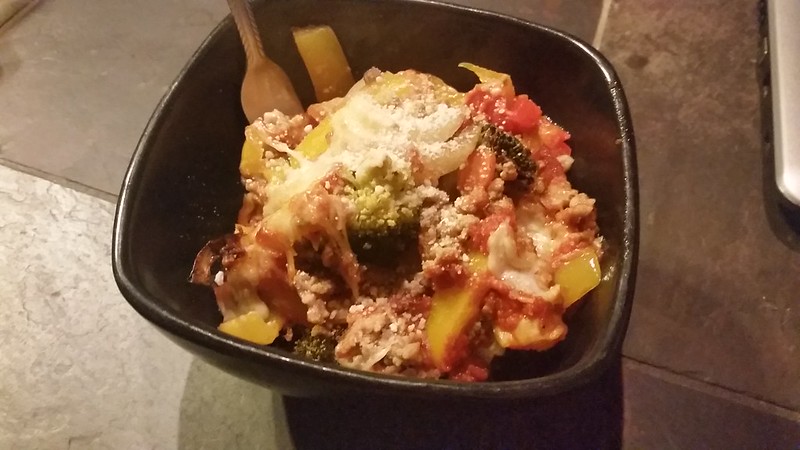 So give it a shot and experiment with different vegetables from your garden.