so we went out to the farm which was about a hour away from us, I had told him I was just coming to look, but we decided to take the trailer with us just in case we decided to get them today, I still need to put up some fencing, but for a 2 hour round trip with just drive time, I figure it would be better to bring the trailer.

So we pulled up and the farmer asked me whats with the trailer?

Well, I figured we might just take them home with us today.

Okay he said, we have to get them out of the pasture. So we drove out into the field, they were just little dots. 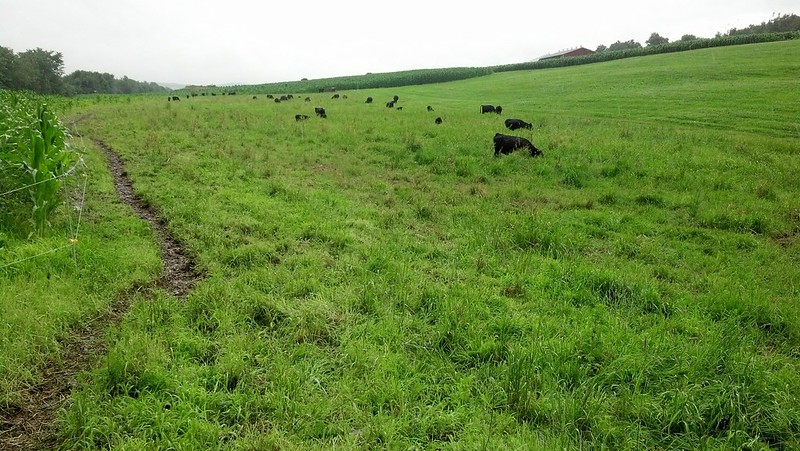 Till we got closer 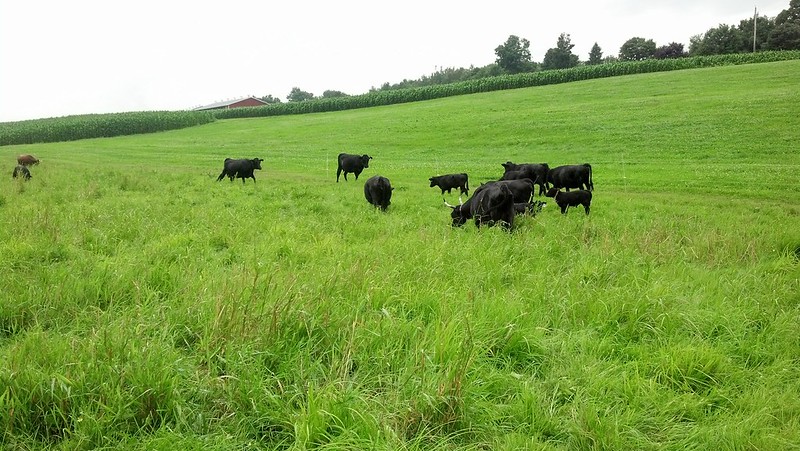 he just runs them on two strands of electric, they totally stay away from the corn 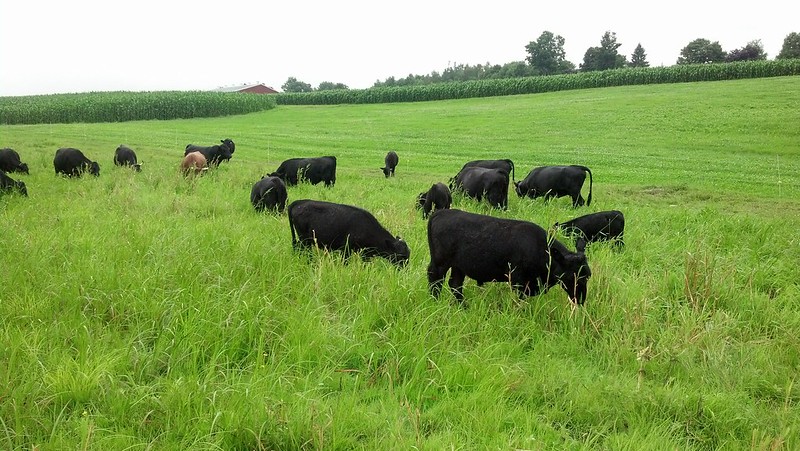 my dad wanted to take a selfie with the cows 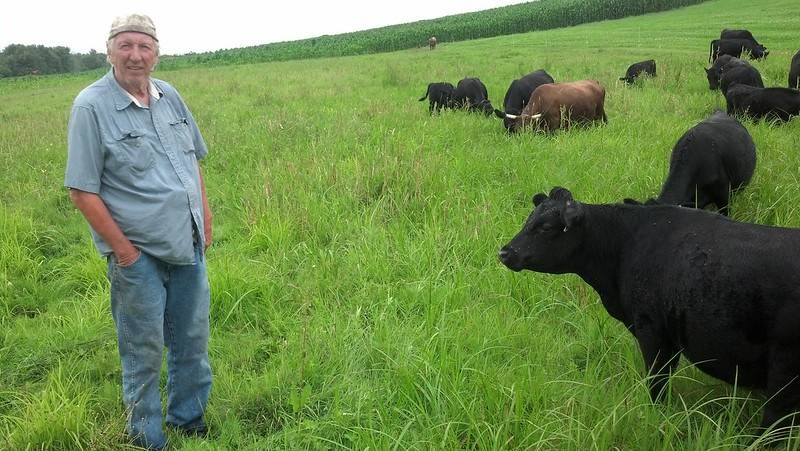 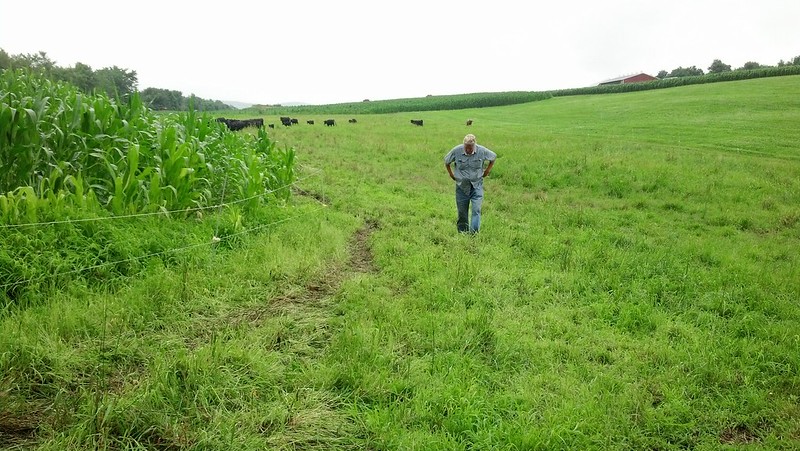 so we went back to the barn and he unleashed his secret weapons, his two guard donkeys 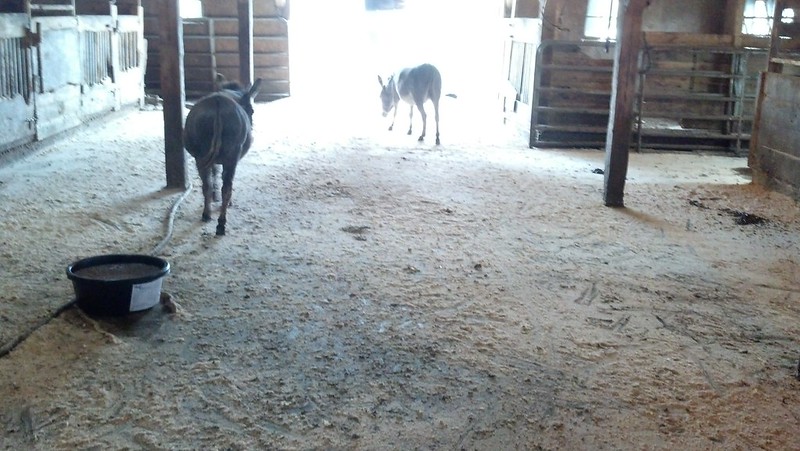 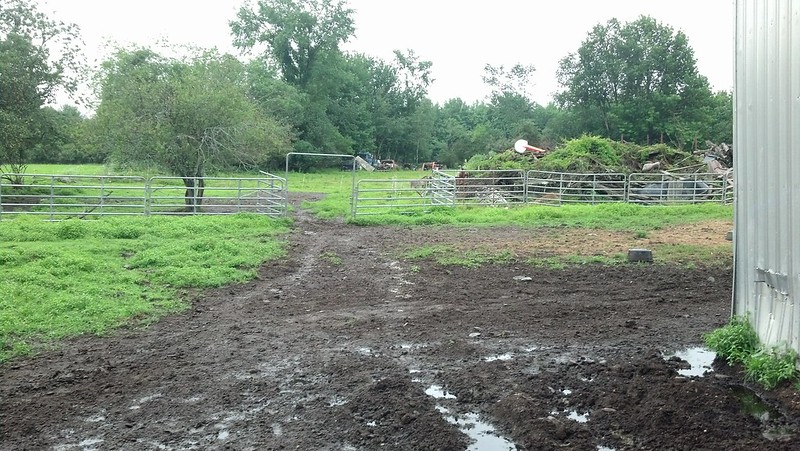 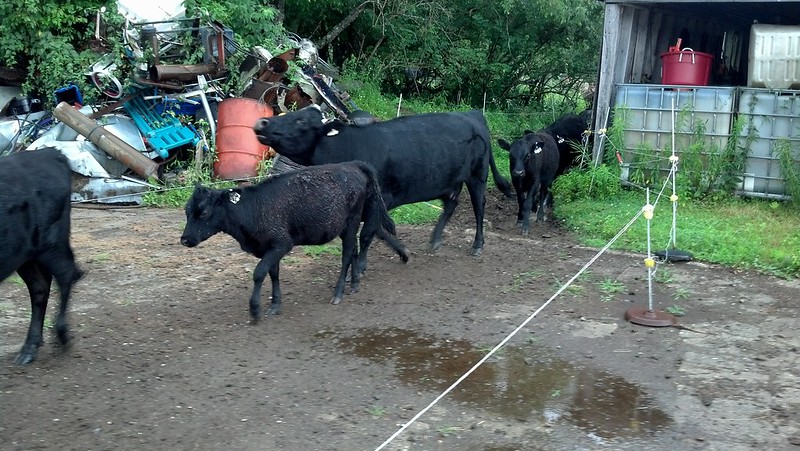 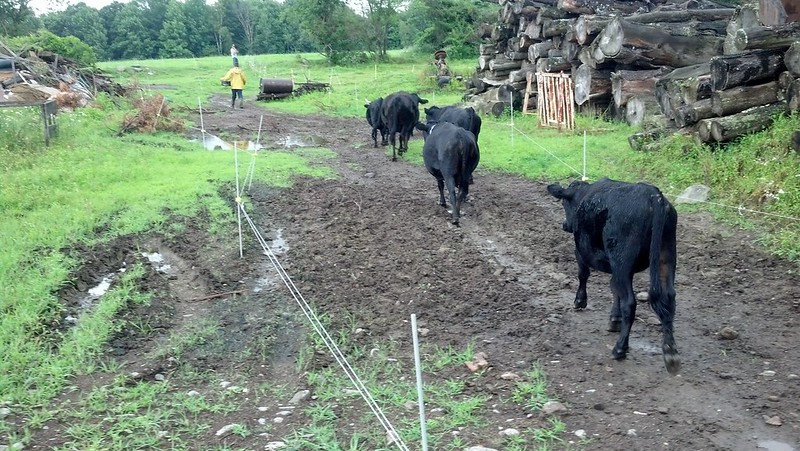 with the donkeys right behind, those things were awesome 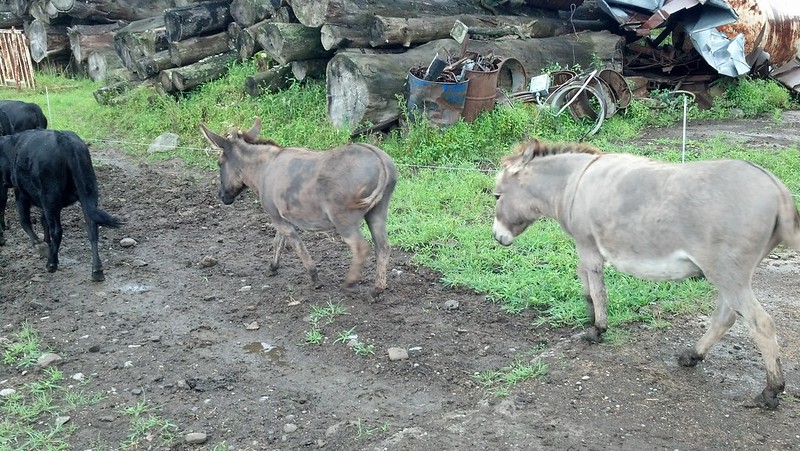 my brother in law was managing from the hill 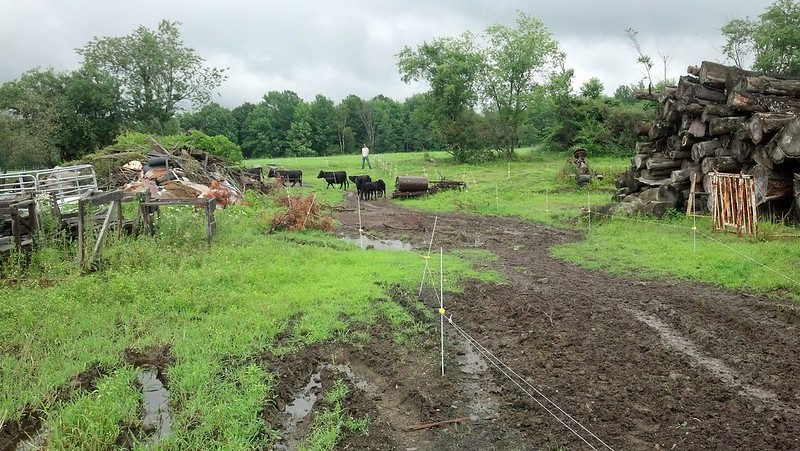 so we cut the calves from the herd into the barn 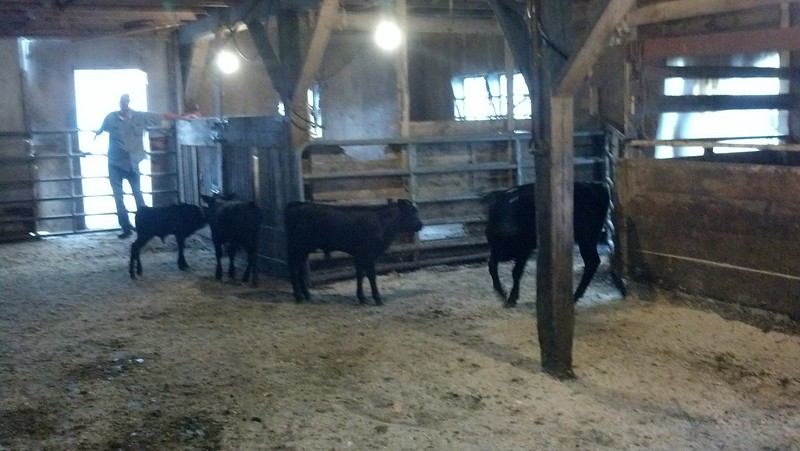 and cornered them up and picked out the two we wanted 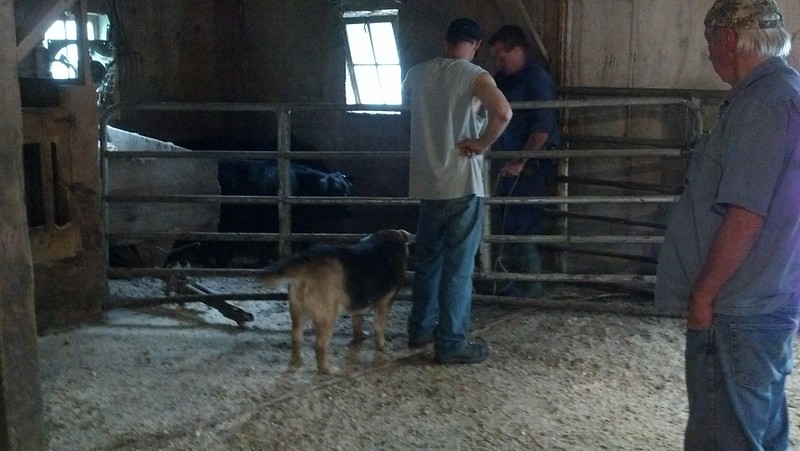 and roped them and got them into the trailer, sup 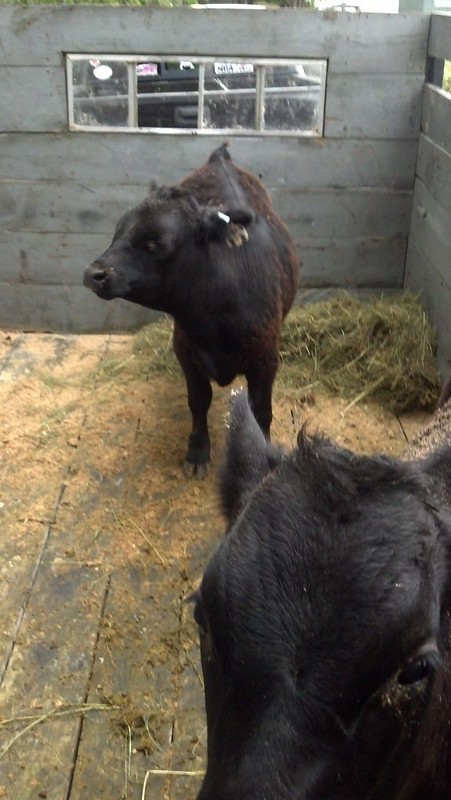 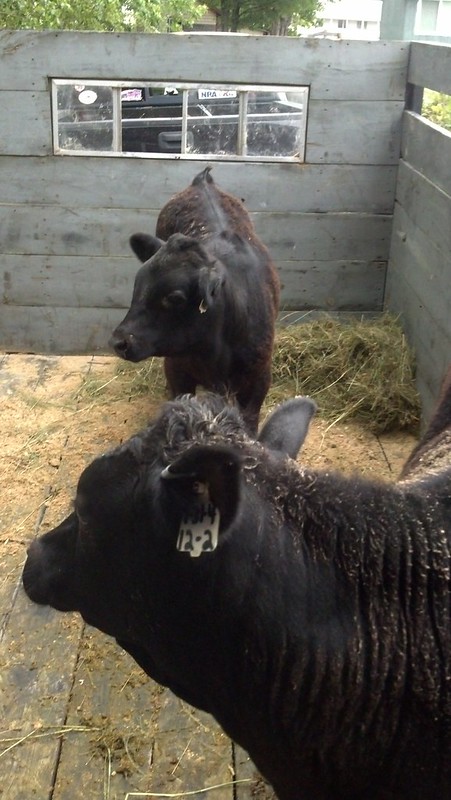 meet Marco and Polo, my daughter named them 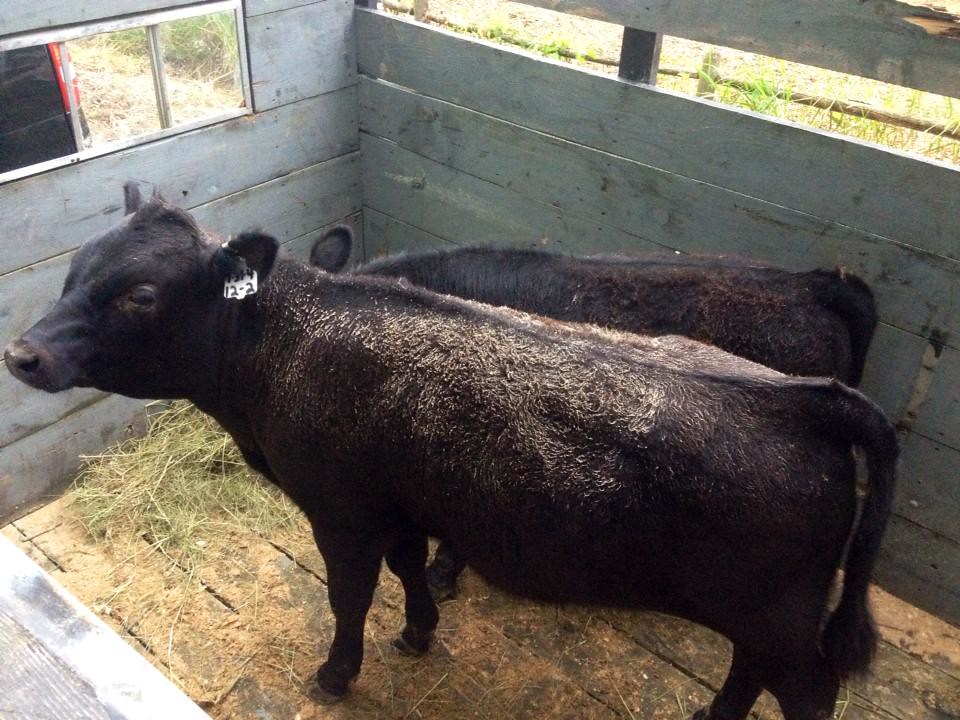 we got them into the pen in the barn, and my wife and her brother spent most of the night down with them, my wife is in love, when she came up from the barn, I just looked at her and she said, I don't want to hear it! lol 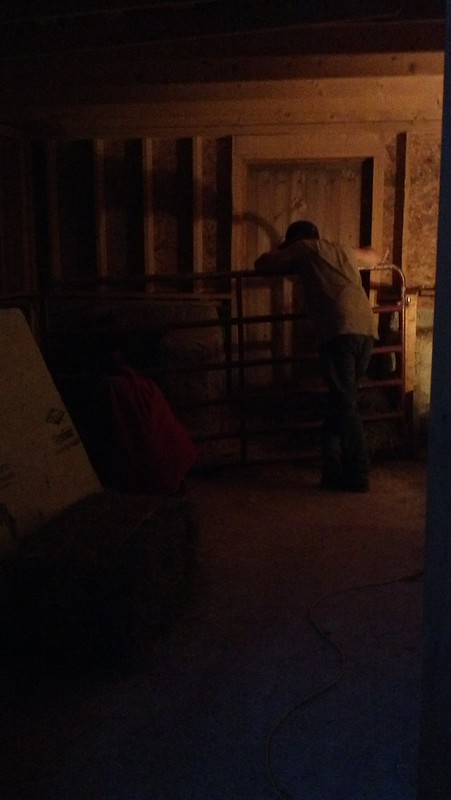 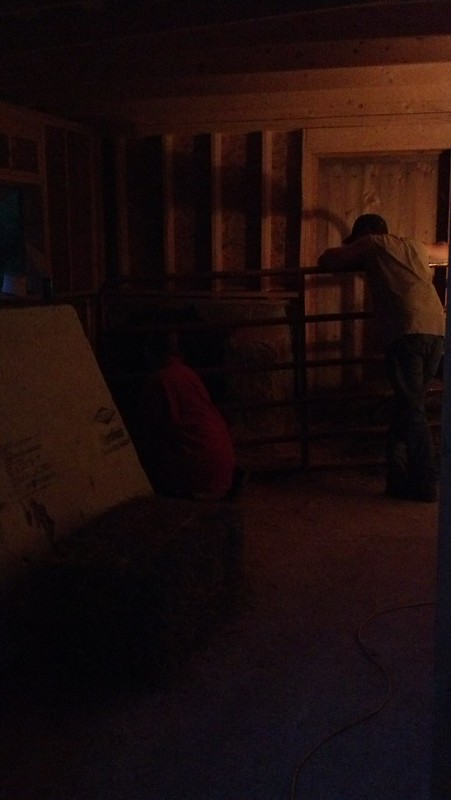 couple other cool things about the day, he also breeds pigs, this is his boar, he was such a sweet heart and loved having his ears rubbed 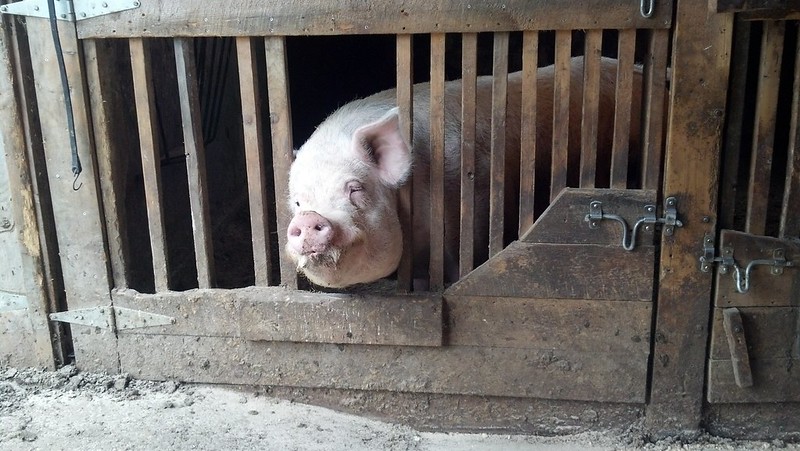 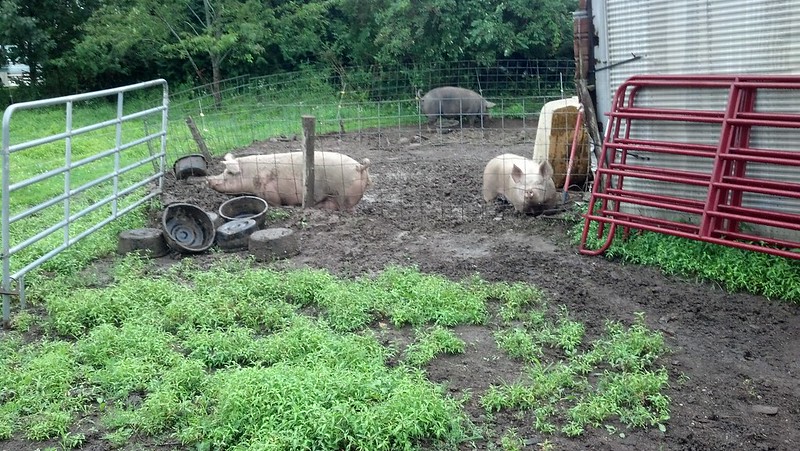 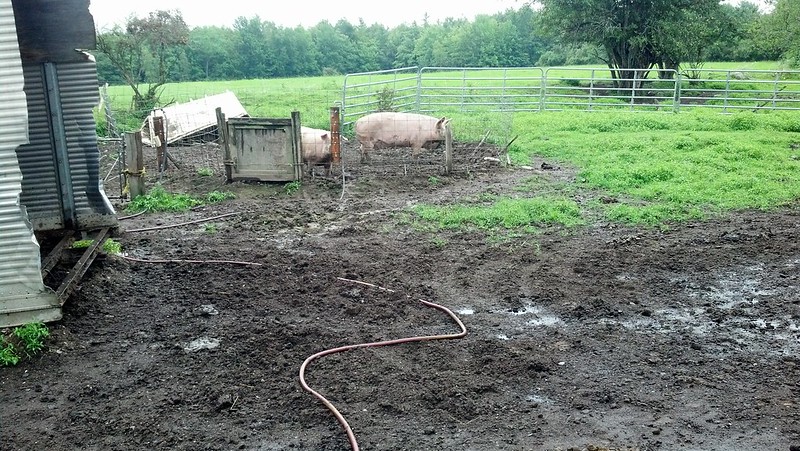 one litter he had, he had another 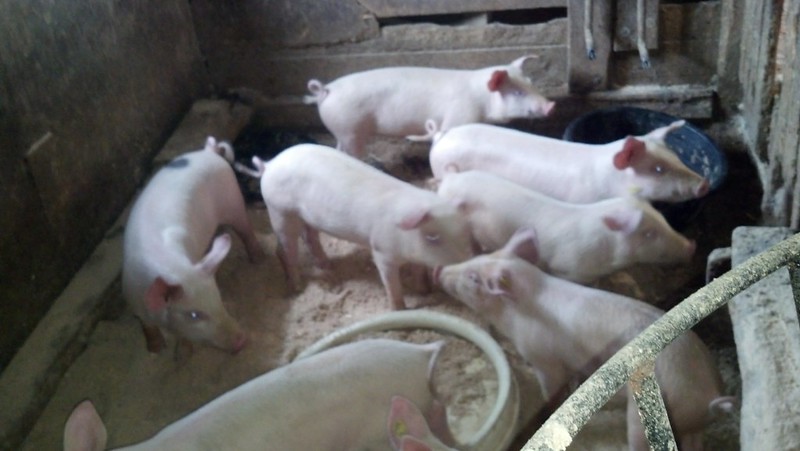 I'm getting my piglets from him next year

He also had a farmall, 1946 I believe, the thing was sweet 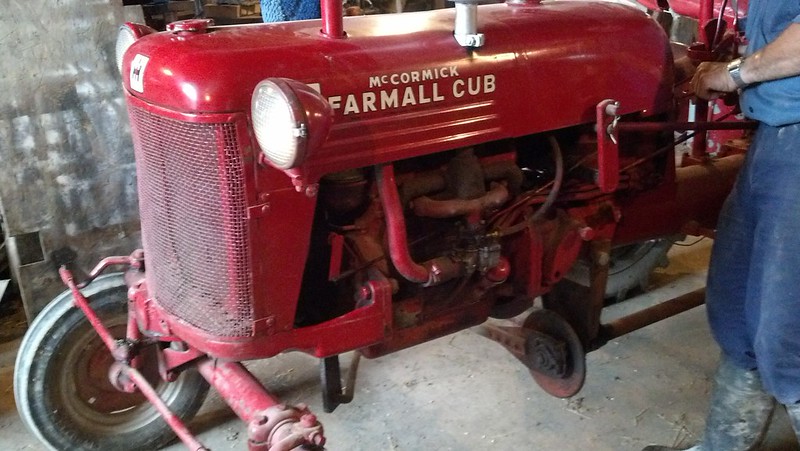 and not only did my wife clean out the barn while we were gone all day, she also rebuilt our firepit, I love that woman 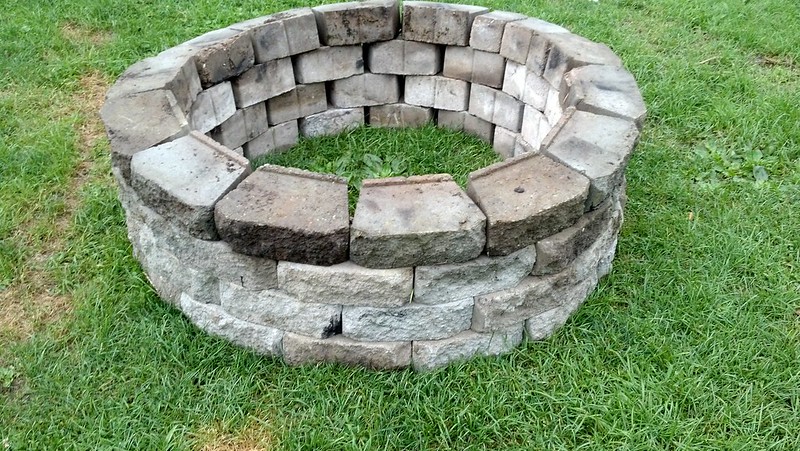 it was a good day

That is awesome! Congrats! They look great, best of luck with them. How much pasture do you have set aside for them?

we are going to set up about 200x100 today for them, we need to keep them in the barn for a couple a days till they realize this is home and don't go looking for mom, the guy also had a sweet goat, but I forgot to take a picture of it

side note: in your firepit, is any of that firebrick or is it all pavers?

I know, I know, I'm slipping

Those are sweet K. What are your plans for them... milk?

naw, their both steers, this is our first time with them, we are going to raise these till next fall then slaughter them, we were thinking of getting a male and female, but they are all the same blood line, my BIL did find a min jersey bull last night on CL for 250, so I guess we could have got that and a female min dexter and cross bred them, not sure how that would have turned out, but next year for sure

Cool. It will be interesting to see how attached your wife gets to these vs. the pigs.