so yesterday, I had to get them out of the barn, the pen isn't very pig and I really hate keeping them so cramped, I tried looking for a 5 foot gate to go across the doorway in the front that way they can have the whole barn, but they only make 4 and 6 foot gates, so today my buddy is going to stop by with his ram set and we are going to shoot some two by fours into the cement pad and build a partition wall down the middle and gate it off

so we started clearing out the jungle along the fence 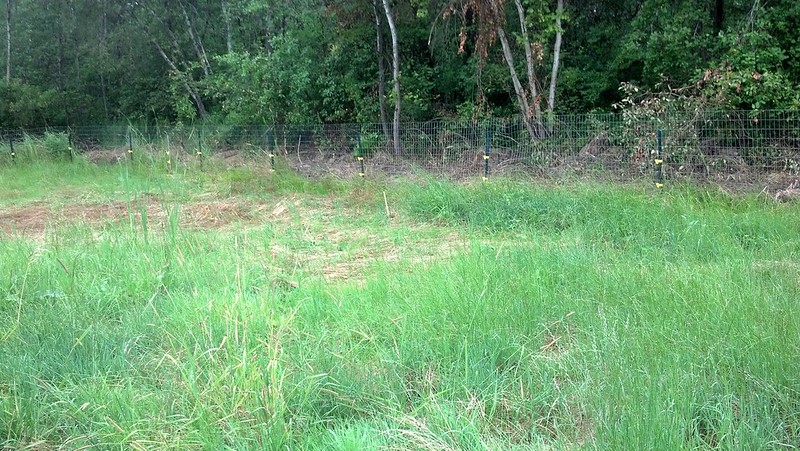 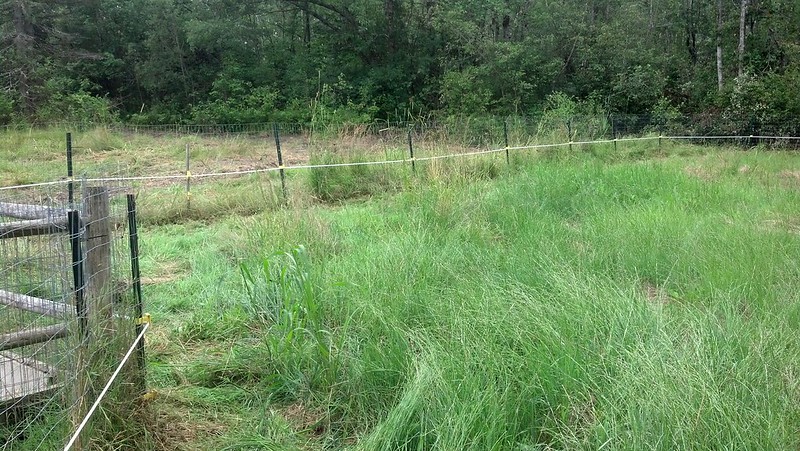 I was going to run a separate fence charger, but I was looking at the pigs fence and the solar charge is only running 30 feet of electric tape, so I figured we would just piggy back off of the pigs charger, so I ran down to the farm store and grabbed a jumper 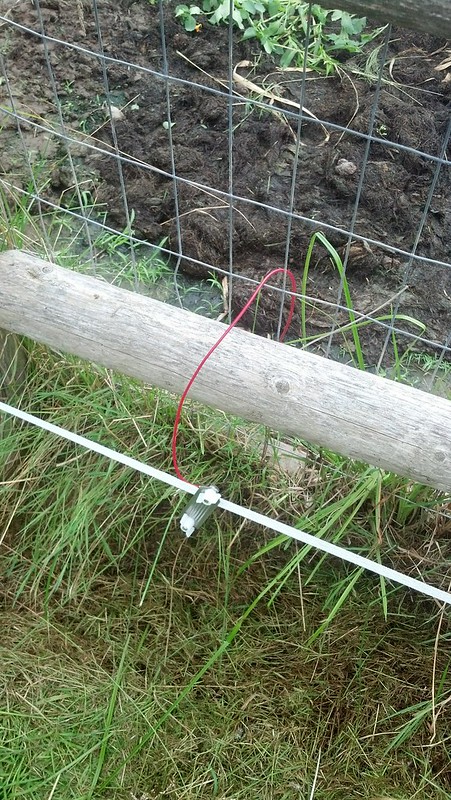 and let them loose

they quickly learned to respect the white tape, good thing they were trained on it at the farm 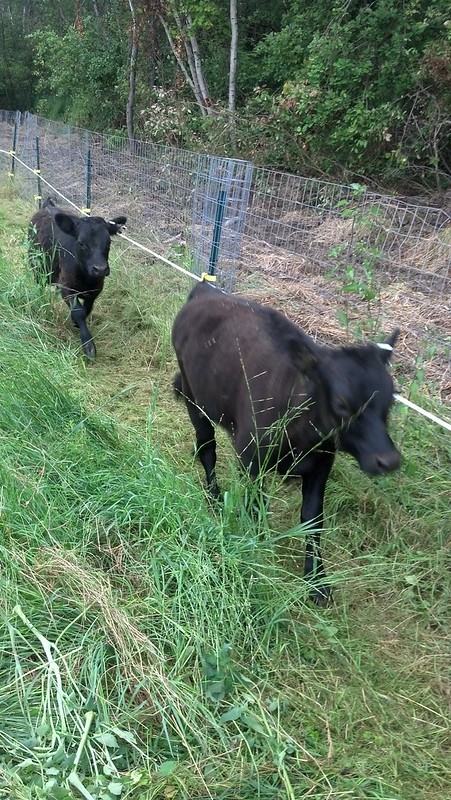 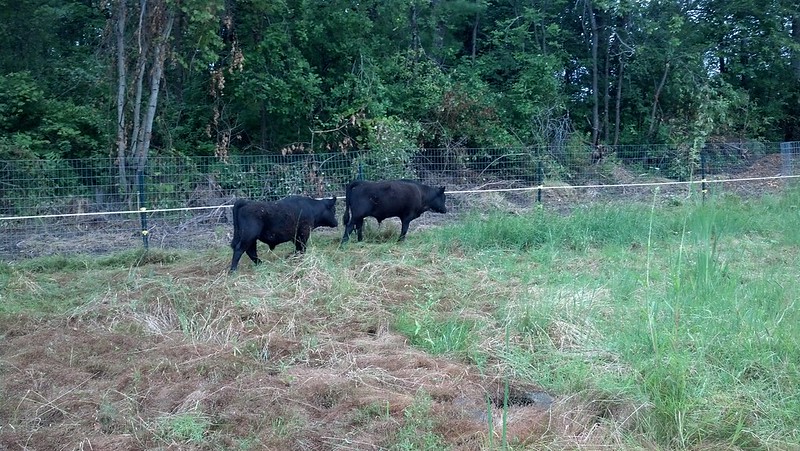 and my wife spent the afternoon with her buddies 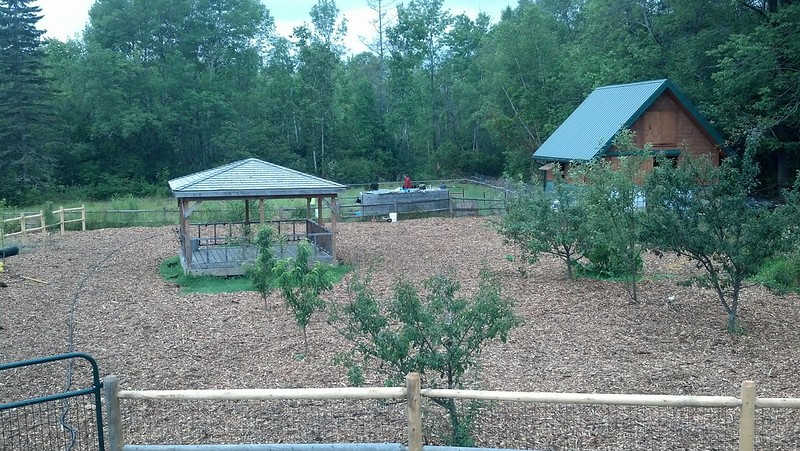 we had to take his trailer back because we had lost part of the back gate on ours on the drive out there, so he let us use his 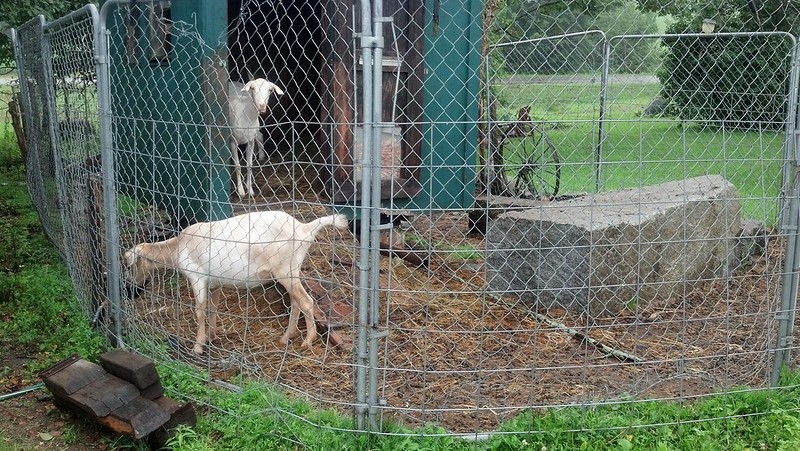 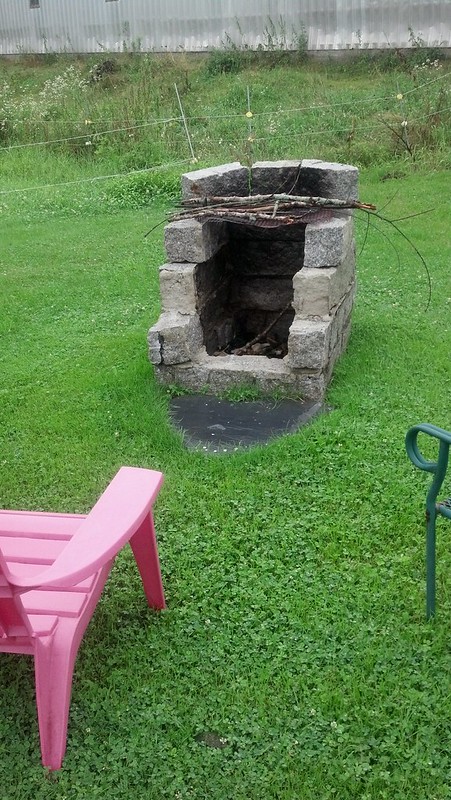 lol, I almost forgot, so after we hooked up the electric, my BIL and I got into a discussion how we're going to test it, he told me to touch it, I aint going to touch it

quit being a baby he said, you do it then I replied

fine he said, so he goes and touches it

I told him he had to hold it, it pulses every 3 seconds

it fricking knocked him on his knees, the s20 is a lot more powerful than the s17 we use to have, he is now afraid of the electric fence as well

so we knocked out the gate yesterday, it was just to cramped for them we figured we would let them have the whole corner 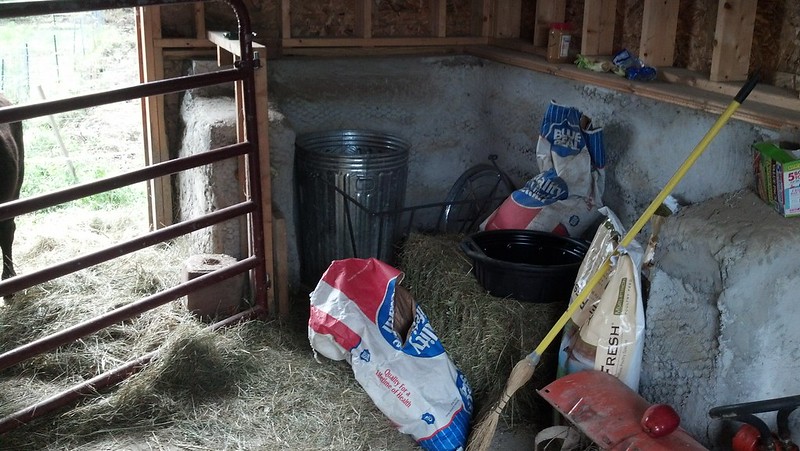 so we proceeded to build a little stub wall 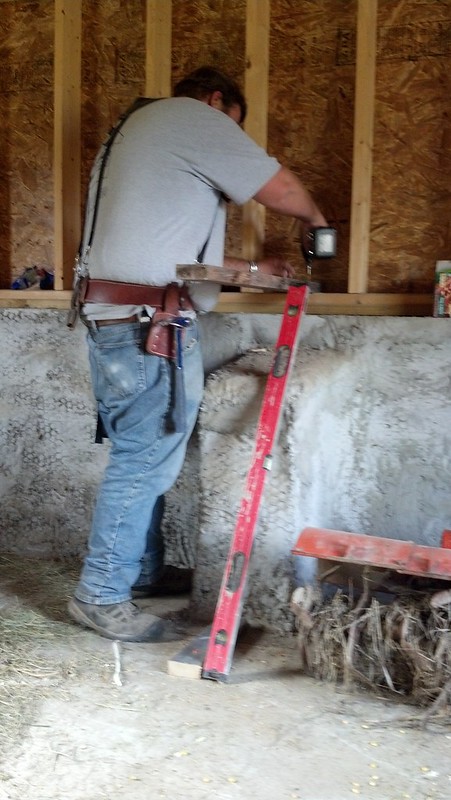 and drilled out for the gate pins 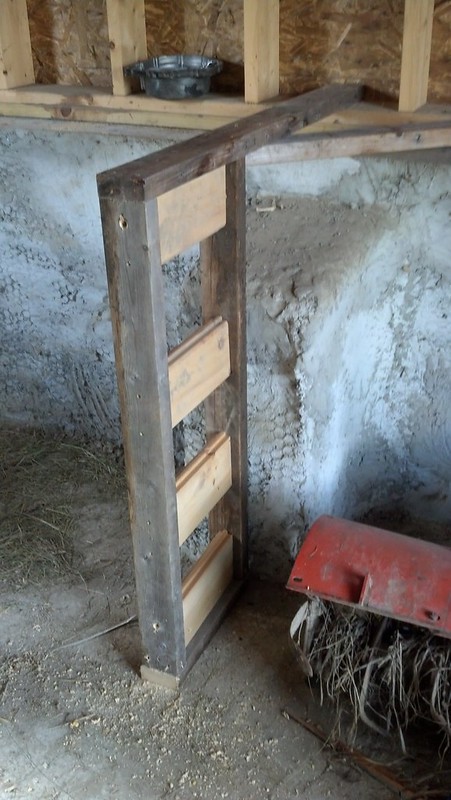 and mounted the gate and the hay rack 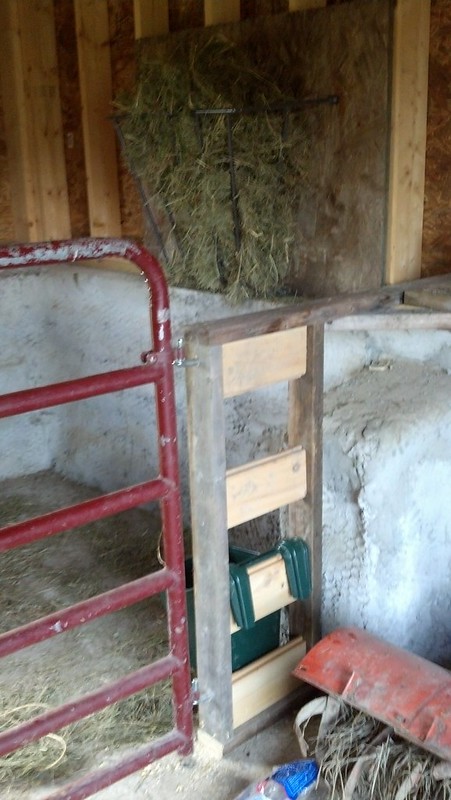 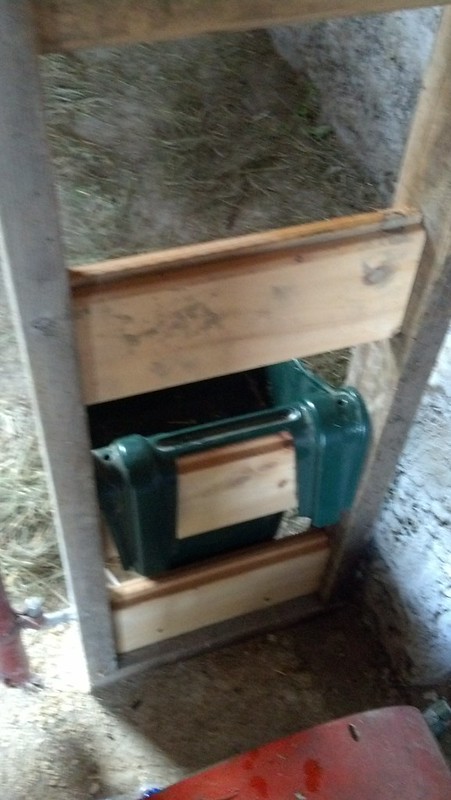 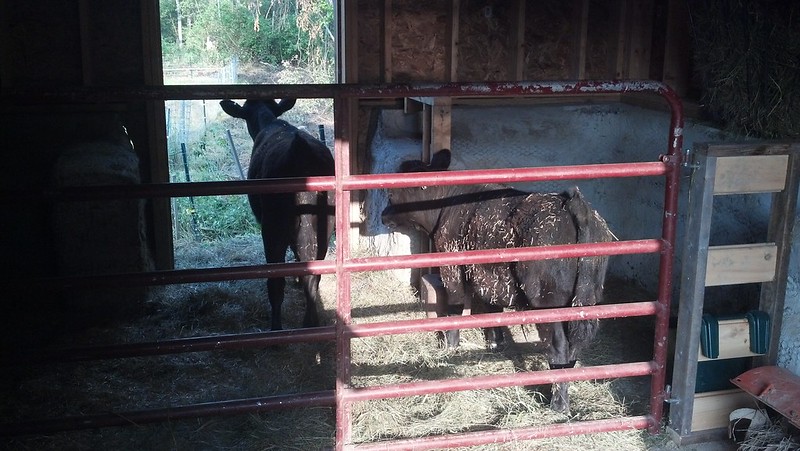 tip number 2, put a little radio in the barn, it helps keep them calm, they prefer one direction and death metal 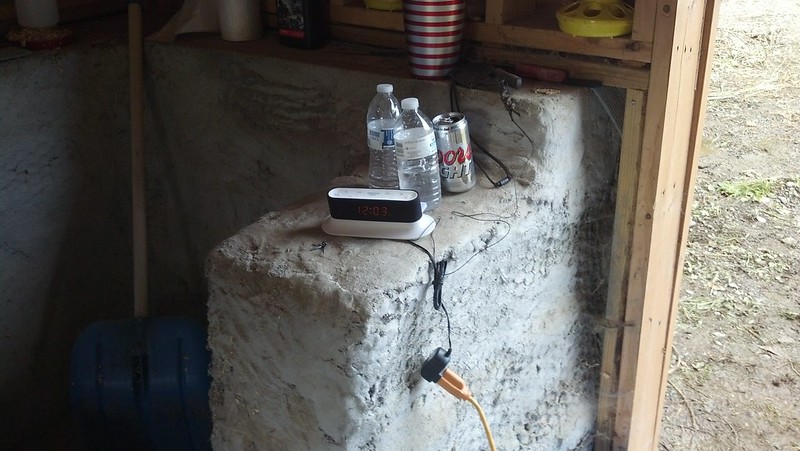 got 50 bales of hay being delivered today,up in the loft they go

well, they have calmed down a lot, hardly hear a peep from them, they had been just hanging out in the barn, hardly going outside at all, so I let the pigs out of their pen and the dexters wandered down to look at them 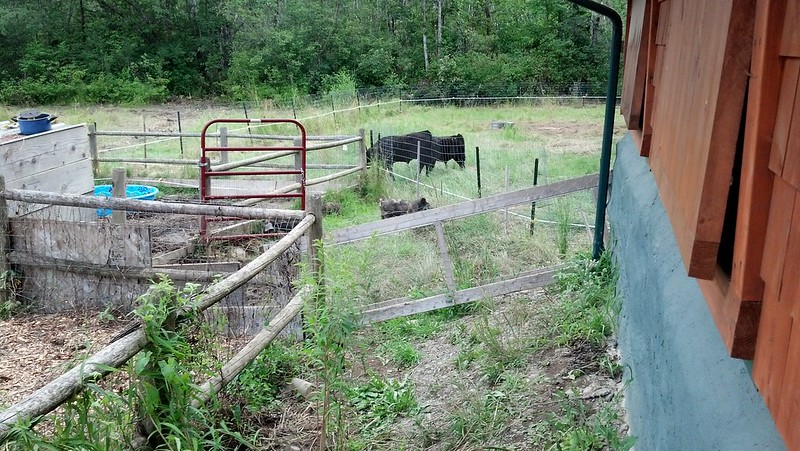 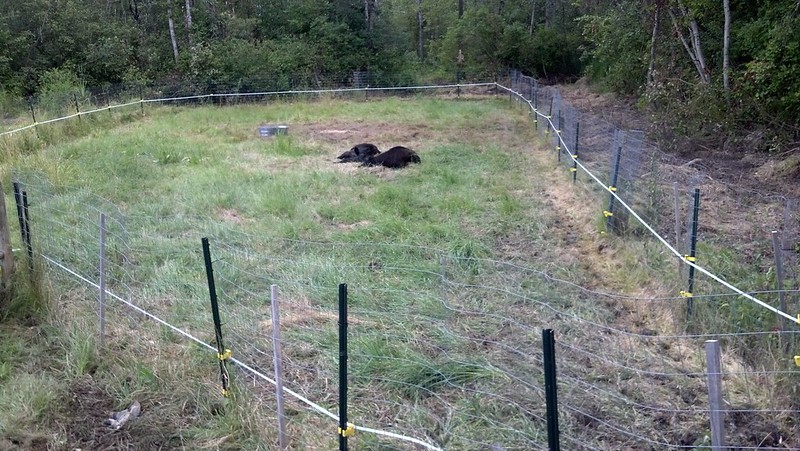 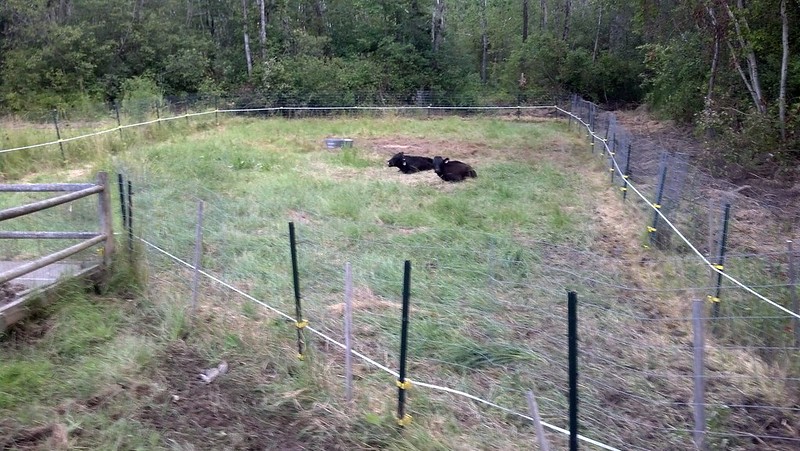 they almost gave me a heart attack

How are these guys doing?  I went to the county 4H fair this weekend with the family.

Unfortunately,  no Dexters in the cow section

The wife did catch a glimpse of a cuddly newborn baby goat though, I think she was in love!
My son spent the day asking everyone if they knew where Buttercup was.

they are doing well, the bigger one is pretty friendly, the smaller one is still skittish groin, tell your wife she can dress the goat up and take it to petco my wife is really starting to bond with them 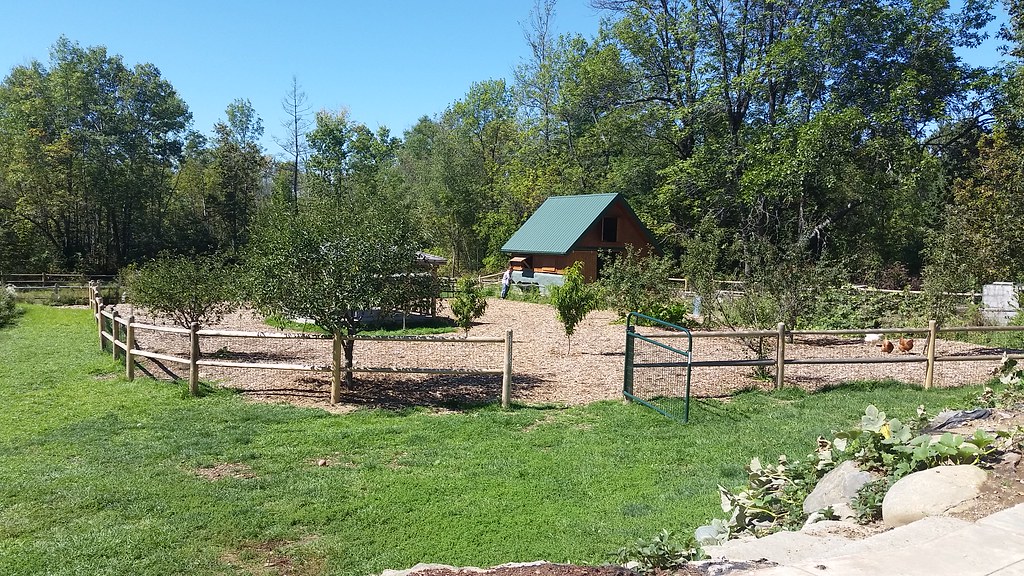